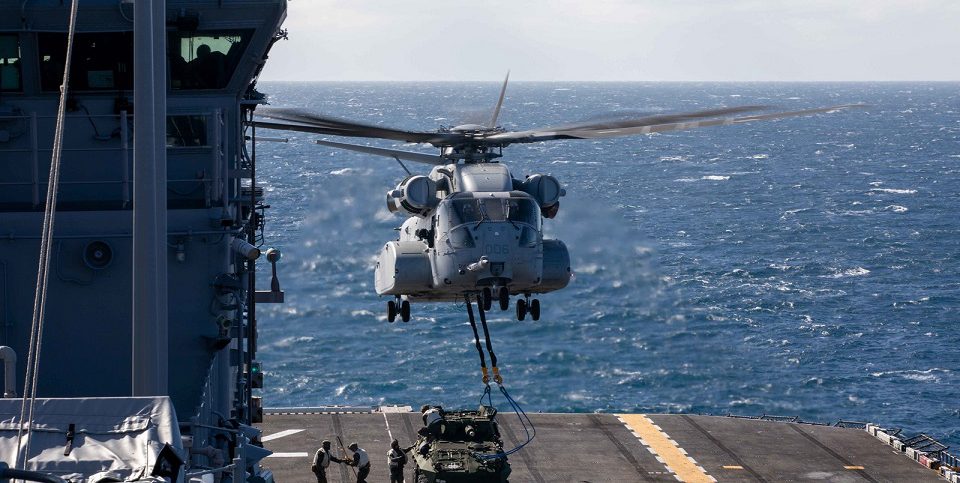 In a first for the Marine Corps, Marines conducted over-the-horizon heavy lift and troop transport ship-to-shore operations aboard CH-53K King Stallions over the Atlantic Ocean.

These exercises are a critical component of the Marine Corps’ future force operating concepts, such as expeditionary advanced base operations and distributed operations.

The Marine Corps is progressing through initial operational test and evaluation of the CH-53Ks prior to fielding them to the Fleet Marine Force. The pilots, maintainers, and contractors of VMX-1, the squadron tasked with conducting operational test and evaluation of Marine Corps aviation platforms and systems, play a significant role in shaping the tactics, techniques and procedures of CH-53K utilization. Additionally, VMX-1 personnel will put the aircraft through rigorous evaluations in order to determine its suitability and effectiveness before arriving to the fleet.

Air Defense Will Have to Meet Additional Challenges