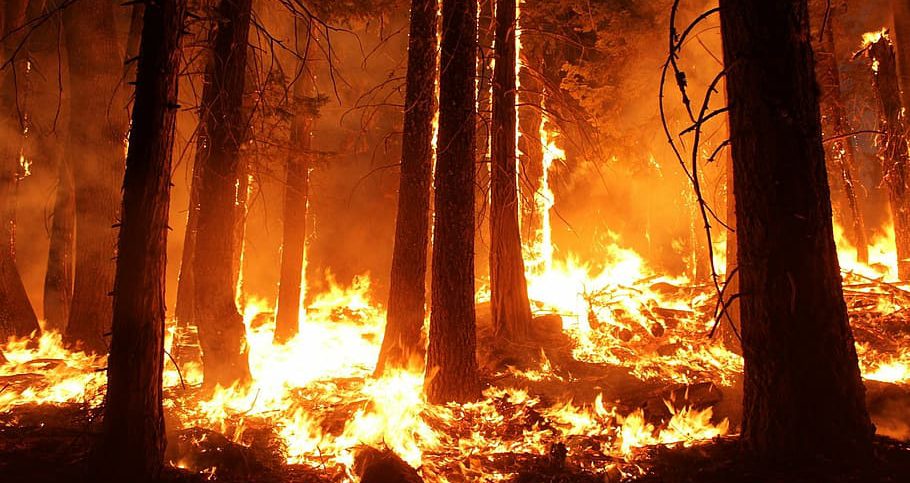 Mega-fires torched a record 4% of California last year. The widespread wildfires challenging the US west coast have led firefighters to adopt new technologies in a bid to keep small blazes from erupting into mega-fires. Catching fires more quickly gives firefighters a better chance of keeping them small.

A new fire behavior computer modeling can help assess risks before fires start, then project their path and growth.

How does it work? When “critical weather” is predicted — hot, dry winds or lightning storms — the technology, on top of hard-earned experience, allows California planners to pre-position fire engines, bulldozers, aircraft and hand crews armed with shovels and chain saws in areas where they can respond more quickly.

The computer modeling enables them to prepare a daily risk forecast across the state. That’s helped Cal Fire hold an average 95% of blazes to 10 acres (4 hectares) or less even in poor conditions driven by drought or climate change.

Federal firefighters similarly track how dry vegetation has become in certain areas, then station crews and equipment ahead of lightning storms or in areas where people gather during holidays.

In another effort to catch fires quickly, what once were fire lookout towers staffed by humans have largely been replaced with cameras in remote areas, many of them in high-definition and armed with artificial intelligence to discern a smoke plume from the morning fog.

Fire managers also routinely summon military drones from the National Guard or Air Force to fly over fires at night, using heat imaging to map their boundaries and hot spots. They can use satellite imagery to plot the course of smoke and ash.

In California, fire managers can overlay all that information on high-quality Light Detection and Ranging topography maps that can aid decisions on forest management, infrastructure planning and preparation for wildfires, floods, tsunamis and landslides. Then they add the fire behavior computer simulation based on weather and other variables.

Other mapping software can show active fires, defensible space cleared around homes, destroyed homes and other wildfire damage, as reported by wsls.com.