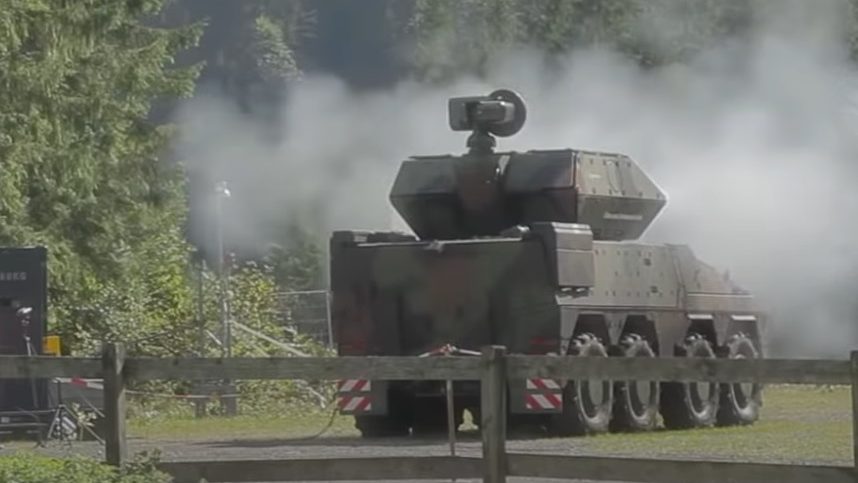 More and more industries have been developing measures to counter the threat of unauthorized unmanned aerial vehicles to critical infrastructures, military installations, and the public at large. The global anti-drone market size is expected to reach $4.5 billion by 2026, expanding at a CAGR of 29.9%, according to the market research firm Grand View Research.

An anti-drone capability has been tested in a firing range in Switzerland in June. Rheinmetall has been testing its 35 mm Revolver Gun Mk 3’s capability to engage unmanned aerial vehicle (UAV) swarms.

According to the company, the gun was mounted on a Rheinmetall MAN Military Vehicles (RMMV) HX2 6×6 truck with an adaptor plate for easy access to the weapon.

Rheinmetall Air Defense CEO Fabian Ochsner described it as “a solid truck” but added that “lots of engineering” was required to stabilize it to the same extent as the concrete platforms used by the Skyguard air defense system.

With 252 ready-to-fire rounds and a rate of fire of 1,000 rds/min, the Revolver Gun Mk 3 can engage four targets at once. Using a Ku-band tracking radar installed on the turret to align it for greater accuracy, it fired 18 rounds of advanced hit efficiency and destruction (AHEAD) airburst munition at a swarm of eight octocopter UAVs at a range of 800–900 m, according to janes.com.

What Unique Technology is Sought by US Air Force?