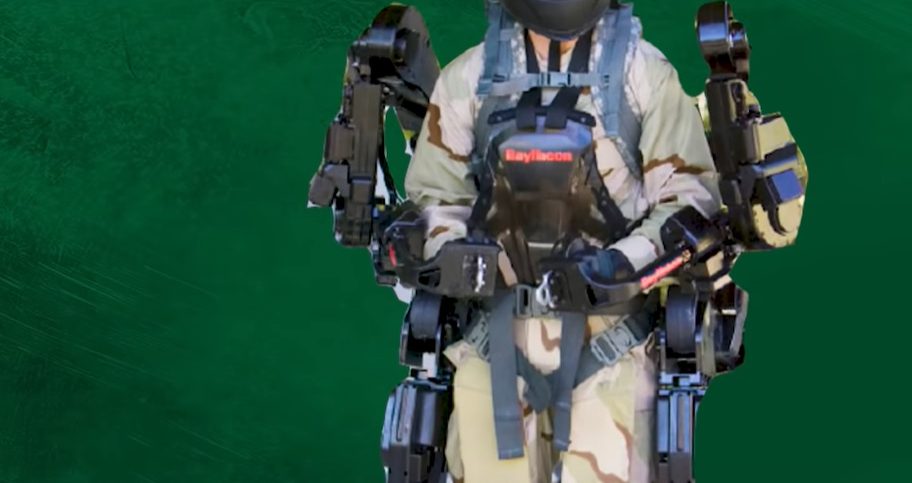 Exoskeletons (external skeletons) are designed to help soldiers with heavy loads and give their limbs extra movement, strength and endurance. But soldiers often face challenges trying to adapt to the performance-enhancing technology. So the U.S. Army Research Laboratory researchers are studying how to help intelligent exoskeleton technology adapt to human behavior to improve soldier performance on the future battlefield.

The new study is trying to uncover how human brain and muscle signals, along with movement profiles, can help soldiers and exoskeleton tech work more efficiently together.

The study uses sensors to help Army researchers track and record the soldiers’ physical state as they interact with exoskeletons such as the Dephy ExoBoot, which is designed to give the wearer assistance at the ankle joint while performing challenging physical tasks such as walking with a heavily loaded rucksack.

The ExoBoot is not directly controlled by the user or any other human operator. It has an internal computer that must figure out on its own how and when to assist the person wearing the device.

The device must determine whether the user is walking as opposed to running. Then, it has to determine where the user is in their walking pattern to appropriately time assistance — such as when the wearer’s gait changes because of fatigue, walking speed, load carriage or even terrain change, according to a service press release.

Following experiments, It will take the research team time to understand the neural signals recorded in this study because the ability to record brain activity in scenarios studied with the ExoBoot is still relatively novel according to military.com. The longer-term objective is to identify the critical biometrics and integrate them into the exoskeleton controls.