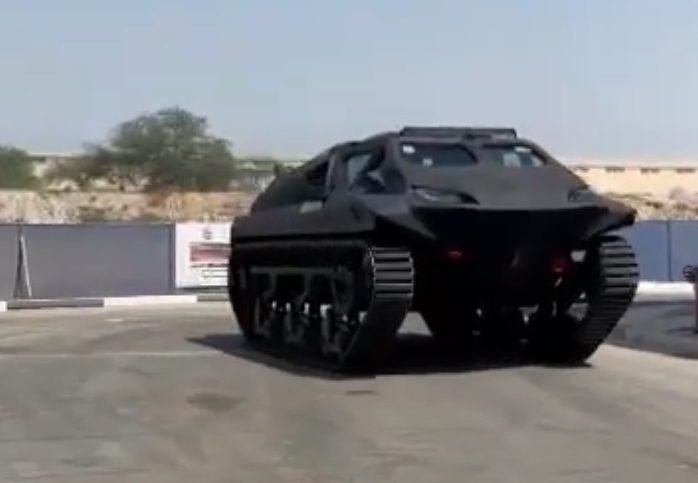 A prototype of the Storm, a multi-role armored vehicle has been unveiled by the Ukrainian company Highland Systems. The armored MPV has a hybrid powertrain and fully amphibious capabilities, with a submersible version coming.

Preceded by other first amphibious, tracked military vehicles (such as Russia’s BT-3F and the USA’s AAV-7), this is the first to take advantage of a hybrid-electric powertrain, giving it an impressive 18-36 hour range in hybrid mode with its diesel range extender running, or the ability to operate purely on battery power for 1.5-3.5 hours depending on your speed.

With 50 cm (20 inches) of ground clearance and durable rubber tracks, the Storm can climb vertical step-ups as high as 150 cm (60 inches), or move across a 200 cm (80-inch) wide moat. The tracks are built to be modular so parts can be replaced instead of replacing an entire caterpillar, and this, says Highland, makes it nearly 70 percent cheaper to run than other models.

Its armor offers protection from ballistics, mines and IEDs up to STANAG level 1 or 2, and it can be configured to run entirely by remote control, allowing unmanned or even autonomous missions, according to newatlas.com.

The company says testing and development will include a submersible version capable of diving below the surface of water, and a wheeled version, as well as the integration and testing of standard combat modules.