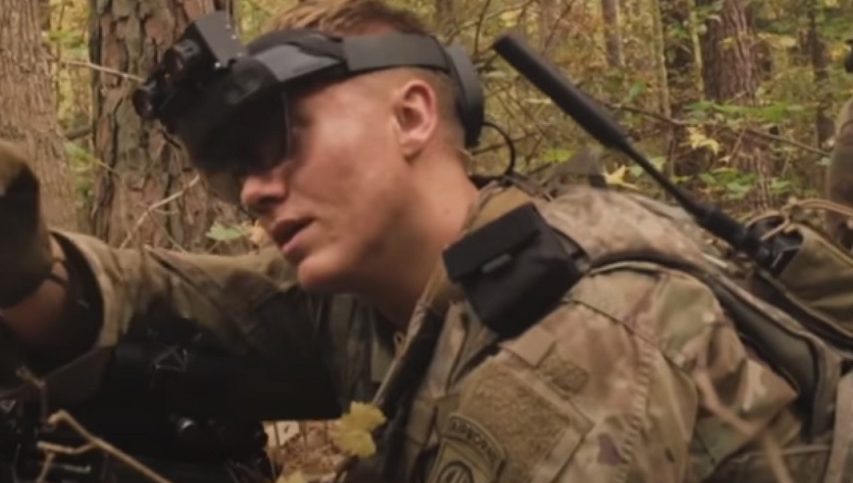 Next generation night vision capabilities will soon be provided to US soldiers. Microsoft will build mixed-reality (virtual and augmented reality) headsets for the US Army. The tech giant will adapt its existing HoloLens headset for the new prototype – the Integrated Visual Augmentation System (IVAS).

The headset, augmented by Microsoft Azure cloud services, delivers a platform that will keep Soldiers safer and make them more effective.

The headsets are designed to give soldiers “enhanced situational awareness, enabling information sharing and decision-making in a variety of scenarios,” according to the company.

Microsoft has already been designing the specialised headset for two years, and recent announcement marks it moving into the production phase.

The IVAS aggregates multiple technologies into an architecture that allows the Soldier to Fight, Rehearse, and Train using a single platform. The suite of capabilities leverages existing high-resolution night, thermal, and Soldier-borne sensors integrated into a unified Heads Up Display to provide the improved situational awareness, target engagement, and informed decision-making necessary to achieve overmatch against current and future adversaries. The system also leverages augmented reality and machine learning to enable a life-like mixed reality training environment so the CCF can rehearse before engaging any adversaries, according to the army’s press announcement.

IVAS is looking to be applied to an additional capability gap in order to allow the mounted and dismounted Soldier to maintain both C2 and visual situational awareness seamlessly across Army vehicle platforms.