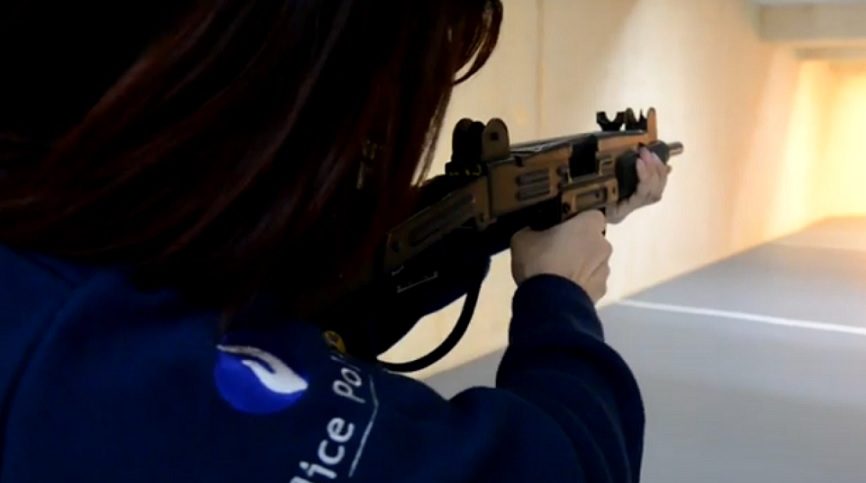 A Belgian police force has been using the Israeli iconic Uzi submachine gun. Although it is an increasingly uncommon sight among Western security forces, recently released pictures show that Belgian Federal Police tasked with guarding NATO’s main operational headquarters in Brussels still have access to these guns.

According to thedrive.com, the U.S. military released the images of the Belgian Federal Police personnel training with their Uzis at an indoor range at the Training Support Center at Chièvres Air Base, around 12 miles from NATO’s Supreme Headquarters Allied Powers Europe (SHAPE).

The pictures also show officers training with their Smith & Wesson M&P9 pistols. But the full-size Uzis are definitely the more eye-catching weapons. These particular examples are guns that were license-built in Belgium by the equally famous small arms company Fabrique National, more commonly referred to simply as FN.

German-born Uziel “Uzi” Gal began work on this 9x19mm weapon shortly after the establishment of the state of Israel in 1948 and the first prototype was completed in 1950 and entered service with the Israel Defense Forces (IDF) four years later. Gal personally did not want the gun named after him.