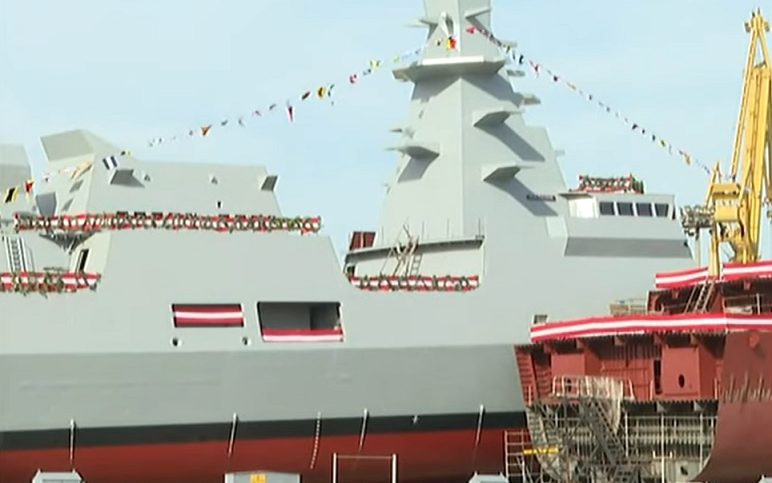 Turkey launched its first locally-built frigate, the I-class TCG Istanbul, advancing a program that involves the production of four corvettes and four frigates.

Under the MILGEM program, a Turkish national warship program, Turkey manufactured and delivered four Ada-class corvettes to the Navy.

The Istanbul, the first of the four I-class frigates, will be delivered to the Navy in 2023. It was built under a 2019 contract awarded by the government procurement agency SSB to STM, a government-controlled defense company. The warship will be used in advanced air defense, naval warfare and patrolling missions, and it will support underwater warfare missions.

According to defensenews.com, the I-class frigates will feature weapons systems including a locally made 16-cell MDAS vertical launching system (a total of 64 surface-to-air missiles yet to be specified); four-by-four SSM launch canisters for the Atmaca cruise missile; an Aselsan-made 76mm Gokdeniz close-in weapon system; two Aselsan-made 25mm machine guns; and a HIZIR torpedo countermeasures system.

The ship class is powered by four diesel generators and is capable of carrying two S70 Seahawk helicopters (one in the hangar and one on the platform); Two rigid hull inflatable boats. Its operational capability reaches at least 15 days without replenishment.

Speaking at a launch ceremony for the frigate, Turkey’s President Recep Tayyip Erdogan said the country is among the 10 countries that can design, build, and maintain its own warship.