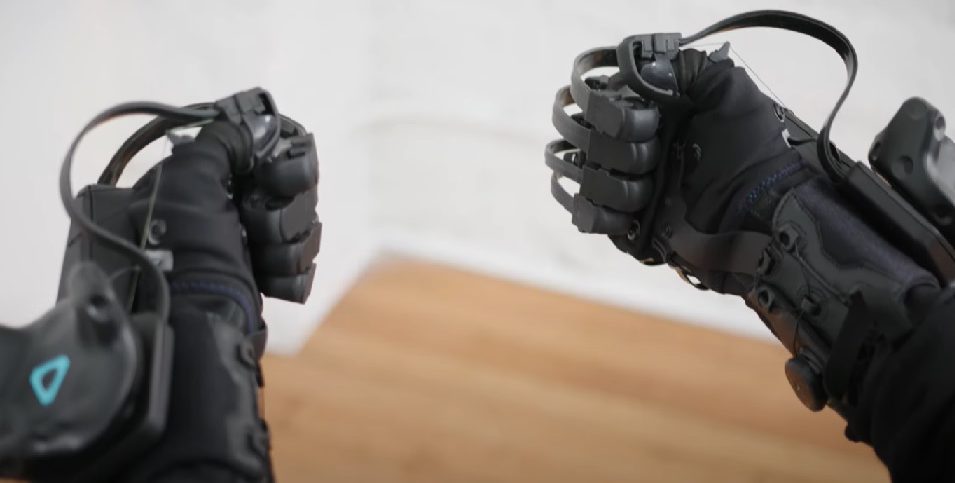 New technology promises to deliver realistic touch feedback to users reaching out for objects in VR and robotics. HaptX Gloves DK2 can be used to control robotic hands, grippers, and arms, enabling the user to control robots from a distance and feel what the robot feels.

The technology developed by HaptX marks a leap forward in what’s possible with VR, XR, and robotics technologies. According to the company, “Fortune 500 companies and governments around the world use HaptX Gloves to train their workforces. Automakers design and test new vehicles with them. Companies use them to control robots intuitively from a distance.”

While other haptic gloves are limited to vibration and force feedback, the DK2 gloves, which work with a VR headset and tracker connected to a central control box, use more than 130 points of tactile feedback on each hand to deliver realism specifically suited for professionals in training and simulation, industrial design, and robotics.

The patented microfluidic system provides true-contact haptics. Microfluidics in the glove system physically and precisely displace the skin on a user’s hands and fingers.

Due to the COVID-19 pandemic, enterprise customers accelerated their shift to virtual training, virtual design, and robots with telepresence — all of which can benefit from the gloves’ realistic touch feedback, according to geekwire.com.