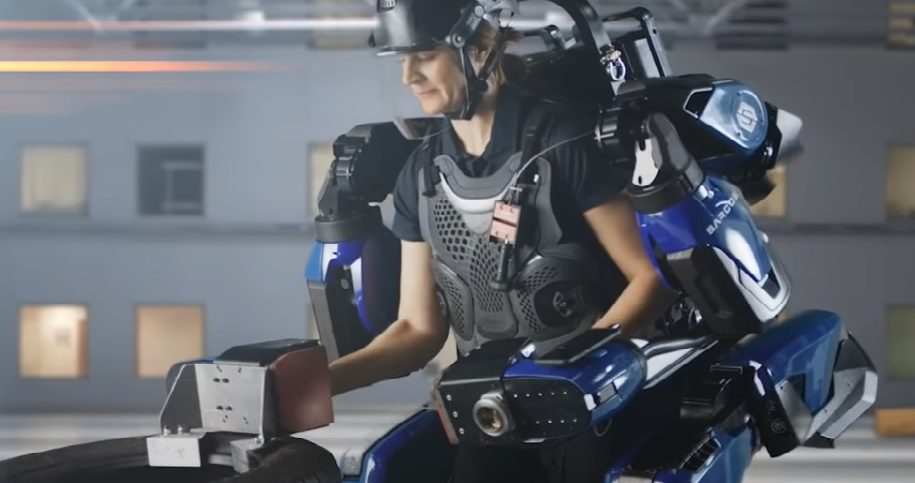 A new development will enable human-scale dexterous robotic systems. It will serve as an opportunity to leverage a robotic system that is equivalent to the human body to lay the foundation for teaching robots how to move and accomplish tasks in the real world, the same way humans do.

Sarcos Defense has been awarded a contract by the US Air Force Technology Acceleratory Program (AFWERX) to develop an artificial intelligence (AI) platform on behalf of Sarcos’ customer the Center for Rapid Innovation (CRI) at Air Force Research Labs (AFRL).

The platform is based on the upper body of Sarcos’ Guardian XO wearable exoskeleton robot, which can learn how to perform tasks with human-like movement through positive reinforcement and imitation machine learning (ML) technologies known as Cybernetic Training for Autonomous Robots (CYTAR). Unlike many of today’s AI platforms that are characterized by a trial and error approach, Sarcos’ AI system enables human operators to teach Sarcos’ robotic systems to perform tasks correctly the first time. Sarcos’ approach will significantly accelerate the speed and reduce the cost of deploying robotic systems that can perform meaningful work in unstructured environments.

The upper body of the Guardian XO can be tele-operated to perform intricate complex tasks.

The success-based teaching will speed up the learning process of AI-enhanced perception, reasoning and decision-making techniques currently being implemented across Sarcos’ platforms, according to the company. Implementation of such an AI-based system will enable autonomous situational awareness, which can radically reduce the cognitive load on the operator while dramatically increasing precision, according to oaoa.com.

Security Technology Trends – What to Expect This Year?

Capitol Riots – How Are Facial Recognition Technologies Being Used?

New Partnership to Advance AI Solutions in US Military

The Payload is the Key – New Drone Equipped with Advanced Radar

Smart Mailbox – the Next Thing in Drone Delivery

US DoD Has Transferred Israel to CENTCOM