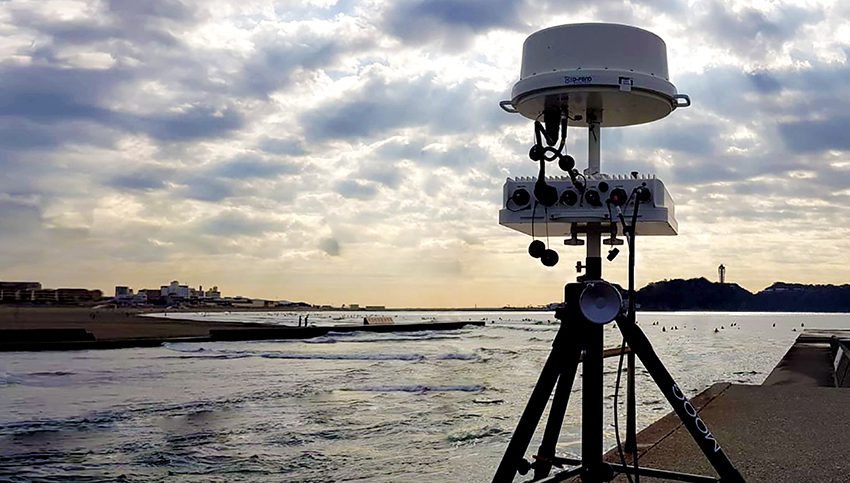 A Unique View of a Drone Cyber Takeover

On a September sunny day, as part of the iHLS AUS&R Broadcast Edition demo day, D-Fend Solutions showcased the advantages of its EnforceAir counter-drone solution in a field demonstration, as one of the leading counter-drone takeover technology providers.

We knew that EnforceAir, the company’s flagship offering, automatically executes radio frequency (RF) cyber-takeovers of rogue drones for safe landings and safe outcomes in sensitive environments. But we were not sure how it worked exactly.

The light weight and compactness of D-Fend Solutions’ system were impressive. While two company experts easily carried the system, which weighs approximately 120 pounds/54 kilograms, the system could be set up by one person.

Considering the scope and capabilities of the technology, we expected the system set-up to be complicated, cumbersome and time-consuming. However, the D-Fend personnel set up the tripod, software-defined radio (SDR) system and antenna radome within minutes.

While we saw the stationary deployment of the system, EnforceAir can also be affixed to vehicles or ships, covertly if necessary, or fitted with different types of antennas – including a long-range directional antenna for airports. Switching between these deployment options to maximize operational flexibility is quick and easy.

What was especially notable in the demo was what we did not see. EnforceAir does not depend upon radars or optics for detection, or on kinetics or jamming for mitigation. While these proven traditional technologies have their role in a multi-layered defense, as standalone solutions in sensitive environments they can be inadequate. They are not always able to detect or identify drones, can hamper communications, sometimes mitigate only temporarily and these traditional solutions can risk collateral damage during mitigation. 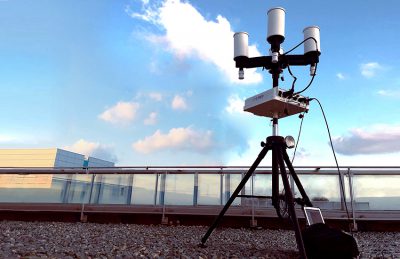 We could feel the anticipation building as we saw two drones ready to take off as part of the demonstration. These were potentially dangerous drones, which is an important distinction. According to the company, counter-drone vendors are known to make claims about the number of drones they can mitigate, without mentioning the fact that many of these drones are less of a serious risk due to their small size and short range.  D-Fend Solutions’ air defense, electronic warfare and cybersecurity experts target the drones most likely to pose a potential danger. These are drones that can fly long distances, carry heavy payloads and are easily accessible to the public.

Taking in the Takeover

Now for the action… both drones triggered alerts as they entered EnforceAir’s defined and protected area and were immediately and automatically detected and tracked – they appeared on EnforceAir’s graphical user interface (GUI). The GPS coordinates of the unauthorized drones were identified, indicating the current locations of the drones and the operators’ respective locations during takeoff. This information can be passed to law enforcement during an unlawful drone intrusion, either for immediate apprehension, or to ensure that future incidents are not repeated.

D-Fend Solutions states that it takes privacy concerns and complying with regulations seriously. Its system does not capture, utilize, share, or store any type of personal data. EnforceAir was designed to focus strictly on detection and mitigation and does not use a surveillance approach.

The system was running on automatic mode, so when the drones entered the defined protected area, and without anybody pushing a single button on the system’s GUI, the drone pilots lost control of the drones, which were disconnected from their controllers.  The drones were then taken over and automatically reprogrammed, within seconds, to fly via a safe route and land in a predetermined safe zone. The pilots kept moving their controllers and trying to regain control, but it was futile, and the takeover was complete. Imagine the frustration and helplessness that a bad actor or reckless user would feel during a real-life situation!

EnforceAir can operate in manual mode. Everything would be pretty much the same, except the monitoring EnforceAir operator would hit “Mitigate” and then the drone would be sent on the safe route.

The demo illustrated how the simplicity of the GUI, plus the full takeover capabilities, could give an operator in one of the many vertical security use case environments that D-Fend Solutions services a feeling of complete control. EnforceAir also has a “Fend-Off” option to send the drone back to its pilot take-off position, or have it hover in place if desired, instead of a full takeover and land.

Everything around us continued as usual during the demo, with no disruption to surrounding communications, traffic, commerce, etc. Identification Friend or Foe capability allows friendly drones to operate as usual. Continuity is preserved.

The demo of EnforceAir’s capabilities was very impressive. It is easy to understand why the system was selected by the United States Department of Defense (DoD) as a best-in-class RF-based counter-drone system. EnforceAir is successfully deployed and used by dozens of DoD, Department of Homeland Security (DHS) and Department of Justice (DoJ) units and agencies, as well as large international airports.

Following the demo, we asked the D-Fend Solution operator experts how they stay ahead of drone threats. They told us that the system includes continuous software updates to contend with the constantly evolving drone market. Based on what we saw, D-Fend Solutions is going to be a formidable player in the counter-drone arena for a long time to come.