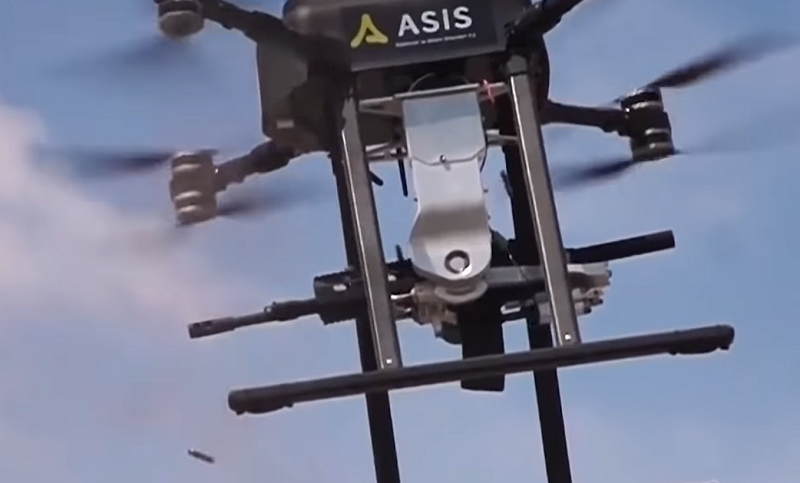 Turkey is set to become the first country to receive a new drone that comes attached with a high precision machine gun to it. The new drone, called Songar, is developed by the Turkish based company, Asisguard, and is considered to be the first drone equipped with a firearm and is ready for service, according to Newscientist.com.

The drone weighs approximately 25 kilograms and is powered by eight separate propellers. The drone is capable of carrying 200 rounds of ammunition for its machine gun and can fire single shots or 15-round bursts.

Firing weapons accurately from drones is often a difficult task due to the weapon’s recoil when fired and the difficulty involved with judging the range and angle between the drone and the target.

The drone utilizes two systems in order for it to fire accurately. The first system utilizes sensors to calculate distance, angle, and wind speed in order to figure out where to aim. The other system is a set of robotic arms that move the weapon in order to compensate for the effects of recoil.

A human pilot controls the drone. The pilot is also responsible for aiming the machine gun and firing.

The drone also has night sensors so that it can operate in the dark. It has an operating range of 10 kilometers and can be operated as part of a swarm. The company has made claims that one single remote control can operate a swarm of up to 3 different Songar drones.

Turkey expects the Songar drones to be delivered sometime before the end of the year.