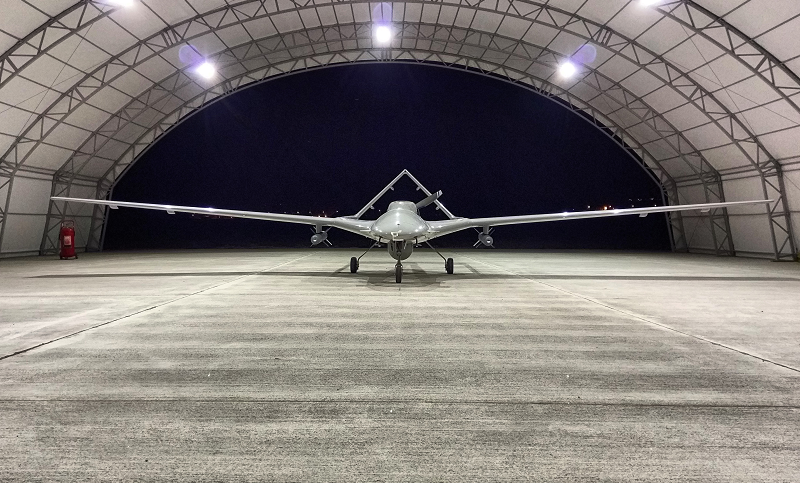 Ukranian officials have announced that the UAVs have successfully passed a series of tests and experiments at the Ukranian Airbase, Starokostiantyniv. The tests involved checking the UAV’s capabilities, its maximum height and speed, its power systems, and other functions.

Ukranian Air Force officials have stated that the newly purchased UAVs will support Ukranian forces by marking targets for artillery strikes, conducting reconnaissance operations, and “carrying out special missions with the help of high-precision weapons”.

The Ukranians have ordered six Bayraktar TB2 UAVs from the privately held Turkish company in January 2019. This is the second time that Baykar has sold the TB2 drone, with the first sale going to Qatar back in March 2018, according to Quwa.org.

The TB2 UAV is capable of reaching a maximum altitude of 24,000 thousand with a cruising speed of 70 knots. The aircraft has a communication range of 150 kilometers and can stay in the air for approximately 24 hours at a time with payloads weighing up to 55 kilograms.

Baykar is also at work developing a larger twin-engine drone. Known as the Akinci, it has a maximum takeoff weight of 4.5 tons and will be able to carry external payloads weighing up to 900 kilograms and internal payloads up to 450 kilograms.

The Akinci will have an expected flight time of 24 hours and maximum altitude of 40,000 feet.

Ukraine’s Army to Get Dedicated Quadcopter

This System Sees Through Armor

Getting Prepared to Quantum Computing Era

Critical Infrastructures – to what Extent Are They Cyber-Resilient?