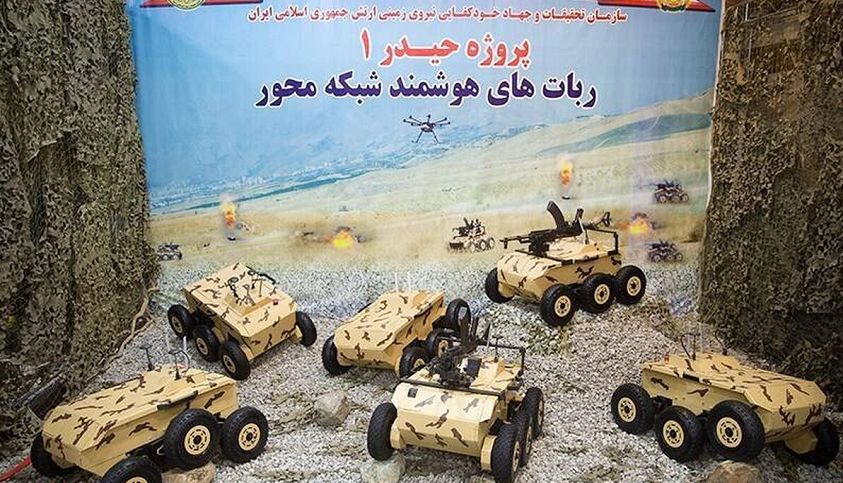 The Iranian military has been at work developing small unmanned ground vehicles capable of rolling under tanks and detonating. The Islamic Republic of Iran Army Ground Forces has recently shown off the Heidar-1 UGV via a Twitter post.

The default Heidar-1 is a six wheeled UGV with two antennas sticking out of the rear of the robot. Some models of the Heidar-1 can have an assault rifle attached to the UGV, as seen in the uploaded video. The Heidar-1 can also be used as a disposable UGV, driving under tanks and self-detonating to cause optimal damage to the soft

“belly” of the tank. This, however, is not a new method of anti-tank warfare. C4isrnet.com mentions that ever since World War II, German forces have used remote control anti-tank mines that have been designed to crawl under tanks and detonate.

The Heidar-1 could also be used alongside quadcopter scouts, used to guide and mark targets for the UGV.

What New Upgrades Will The F-35 Receive?