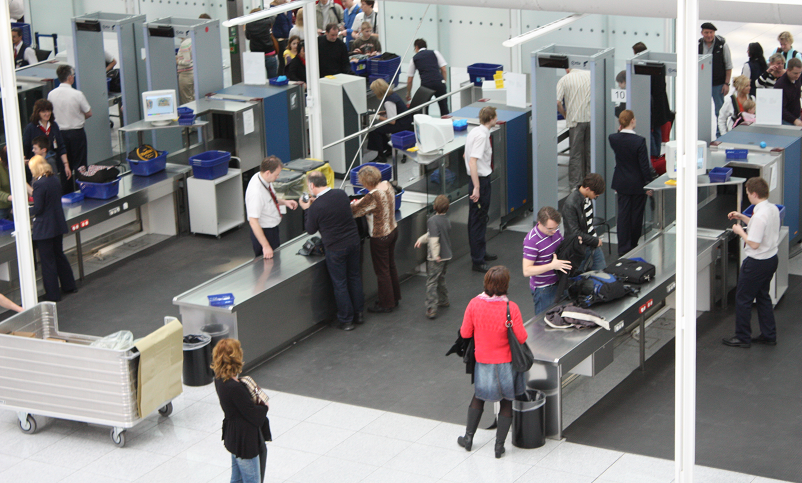 The United States Department of Homeland Security Science and Technology Directorate has been at work to enhance airport security by developing a millimeter wave shoe scanner.

Whenever going through security in an American airport, TSA officers will ask travelers to remove their shoes and place them in the X-ray scanners along with the traveler’s other carry on items. This has been the case in the United States ever since late 2001, when a British Al-Qaeda member attempted to blow up an American Airlines flight flying to Miami from France with plastic explosives hidden in his shoes. Luckily the perpetrator was stopped by passengers on the flight after the explosives failed to go off.

Having every traveler going through security take off his or her shoes slows down the screening process significantly, which can lead to long lines at security and missed flights. There have been efforts to speed up the security process, such as pre-screenings where those that have been pre-approved by the TSA don’t have to take off their shoes for the screening process. However, about 75 percent of travelers aren’t members of the above program.

At the end of the day, the shoe scanner in development will hopefully speed up the screening process while maintaining the same level of security. The idea is that travelers will stand on the shoe scanner for a few seconds, if the scanner makes an alarm sounds then the traveller will be asked to remove his shoes and put them in the X-ray scanner.

In order to develop the scanner so it works in an efficient manner, officials from the Department of Homeland Security conducted a study that evaluates what types of footwear passengers wear. Homelandprepnews.com mentions that the study was conducted in seven different airports across the United States. The research also studied shoe manufacturers and what shoes have been purchased.

“We are looking for a two fold benefit – to improve detection of current emerging threats to aviation and to improve the passenger experience at the airport,” said the project manager for the Department of Homeland Security’s “Screening at Speed” program, John Fortune.