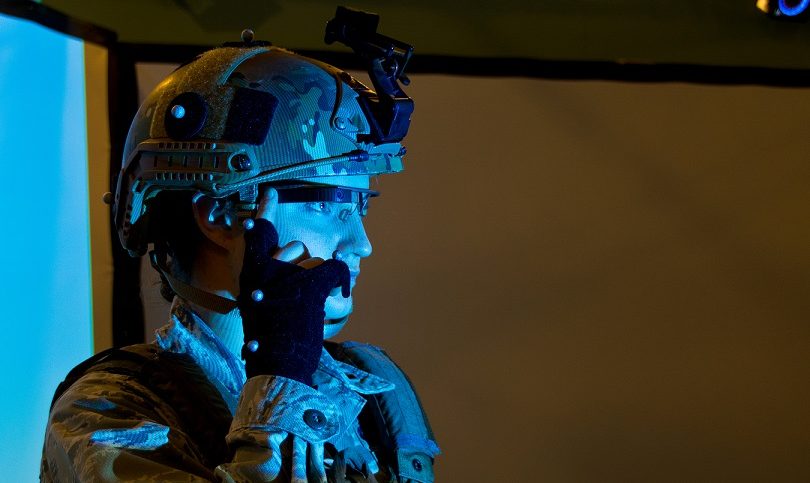 Aircraft surfaces, or “skins”, are periodically inspected for cracks and corrosion caused by pressurization and depressurization cycles in order to prevent failures. A new augmented reality (AR) solution under development could make the process of inspecting aircraft surfaces much simpler, faster and more precise.
The Hungarian startup AerinX claims that their new system can reduce the time it takes to manually inspect an aircraft’s surface from up to two hours to around 20 minutes, which would significantly save costs and reduce delays.
The system, which began development in 2015, uses smart glasses to project all relevant technical information about an aircraft type — such as plate thickness at a given point or damage history — in 3D on the surface of the aircraft. This allows maintenance workers to determine the size and exact location of damage, which is automatically registered to AerinX’s database so the inspection results can be investigated remotely.
“Our vision is to completely revolutionize the way aircraft skin inspection is carried out at the moment,” explains Antal Bence Kiss, CEO. “To achieve this, we are developing a smart inspection system which combines AR technology with modern picture processing, giving a decision-supporting tool in the hands of professionals.”
According to mro-network.com, the company’s database includes as many aircraft types and their maintenance manuals as possible, allowing it to respond to the exact needs of their clients.
During the development process, various AR glasses and headsets were tested and the company is currently using the Microsoft HoloLens.
Not like similar AR technologies, this system intends to supplement current inspection processes rather than fully automate them, which means the system could be implemented into daily operations much sooner as serve as a “decision-making tool in the hands of the maintenance engineers” and build on their expertise during the inspection process.
AerinX recently began a strategic partnership with Aeroplex of Central Europe, one of the region’s largest MROs (maintenance, repair and operating), to implement the system in heavy and line maintenance processes.
The prototype testing phase will take around six months, during which the two companies will work closely to refine and further develop the system’s functionality in real life industry conditions.

How Is This AI Critical For Monitoring?

Future Forces – What Can We Expect?