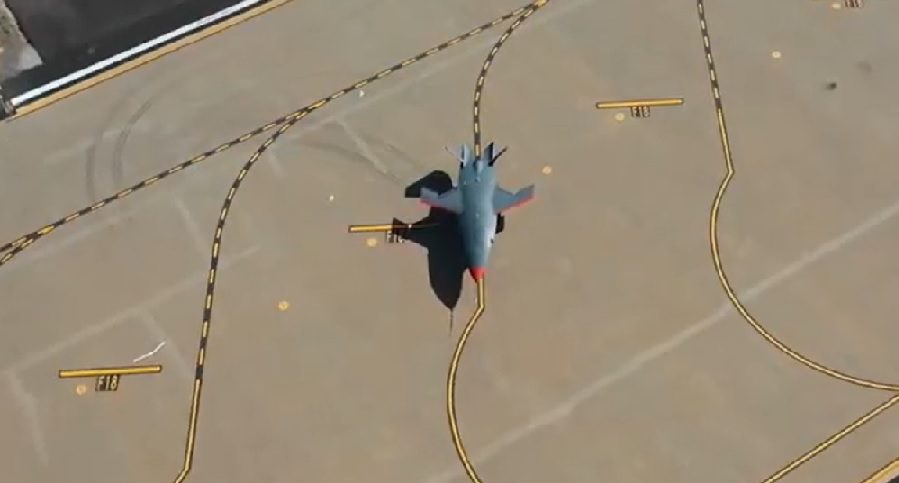 The Loyal Wingman jet-propelled combat drone has been put through its first high-speed taxi test in preparation for its maiden flight next year. The tests were designed to verify if the craft functions as expected at accelerated speeds.

The test was completed by Boeing Australia and the Royal Australian Air Force (RAAF).

Boeing test personnel monitored the aircraft’s performance and instrumentation from a ground control station to verify the functionality while the vehicle reached accelerated speeds. The uncrewed aircraft has been undergoing low-, medium-, and high-speed taxi testing at a remote test location in Australia.

Boeing says that, when operational, the Loyal Wingman will be able to act as a teammate with piloted combat units and other UAVs. It will have a range of 2,000 nm (2,301 miles, 3,704 km) and performance comparable to that of a conventional fighter jet, as well as electronic warfare capabilities and yet to be determined armaments. It’s the first military aircraft to be designed and built in Australia in 50 years, according to newatlas.com.

The aircraft is designed to work with conventional aircraft by complementing and extending their capabilities.