Prof. Isaac Ashkenazi, MD, an international expert on disaster management and leadership, community resilience, and mass casualty events, considered one of the world’s leading experts in medical preparedness for complex emergencies and disasters, told iHLS that the use of unmanned systems on emergency for the prevention and coping with disasters has been expanding dramatically. Drones and other unmanned vehicles are extensively employed against the Coronavirus, he said, but this is still not enough. 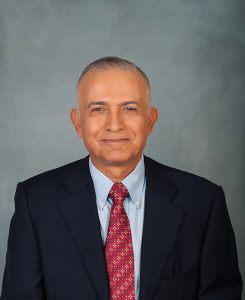 The Chinese government makes widespread use of unmanned vehicles as it confronts the Coronavirus, both for the prevention of contagion through minimizing human touch, and in order to ease the burden from the medical staff, as well as a remote command and control method. The extensive employment of technological systems when coping with emergency situations and disasters and for saving lives is one of Prof. Isaac Ashkenazi’s major fields of expertise.

Prof. Ashkenazi will take part in the steering committee of InnoTech Tel Aviv Expo – iHLS Group’s innovation and technology event on HLS and cyber, which will be held in November at Tel Aviv Expo.

Ashkenazi is the former Director of the Urban Terrorism Preparedness Project at the NPLI Harvard University. He is also an Adjunct Professor in the Department of Epidemiology at Emory University; an Adjunct Professor of disaster management at the UGA; a Professor of Disaster Medicine at Ben-Gurion University in Israel; Founder of NIRED Center at the College of Law & Business; Commander at Mobile Med One Foundation; Advisory Board of Israel Homeland Security; and a consultant to Harvard University, Centers for Disease Control and Prevention, the U.S. Department of Health and Human Services, the U.S. Department of Homeland Security, FEMA, the White House, the World Bank, High Threat Institute US, Tactical Combat Casualty Care US, Rio Olympic Games, the Brazilian Ministry of Defense, India NDMA, SAMUR – Protección Civil, China Ministry of Health and other national and international agencies.

Ashkenazi served as the Surgeon General for the IDF Home Front Command and the National Medical Coordinator for Mass Casualty Incidents and Disasters, and led medical mission teams to give assistance to the USA Embassy survivors in Nairobi, after the terrorist attack (August 1998), to the survivors of the earthquake in Turkey (August and November 1999) and in Greece (September 1999).

Over the past 30 years, Ashkenazi has become increasingly interested in disaster management and has served in humanitarian missions in Asia, Africa, South America and Europe.

In Israel, he is always remembered as the Head of the Home Front Command’s medical mission team  that came to the rescue of the survivors of the earthquake in Turkey in 1999, where he took part in the rescue from the ruins of the Israeli girl Shiran Franko.

According to Prof. Ashkenazi, in the future, drones will serve each and every emergency organization, including law enforcement, firefighters, ambulance services, home front command, traffic police, local authorities, etc. It is most probable that within a short while, emergency organizations would integrate drones into their exercises, and later also into their operations.

With this regard, Prof. Ashkenazi mentions the following  use cases of drones:

Direct communications: When communication is deficient, drones could supply a direct link with disconnected communities.

Medical video conference: Assisting in the conducting of direct consultations with a medical doctor or nurse and receiving prevention directions and treatment.

Blood, saliva and secretion samples delivery: Drones can transfer samples from the contaminated area to the lab, in a sterile way and without contaminating other people.

Control of the event management: Drones can supply an authentic image of the scene, especially regarding quarantined areas, access routes, temporary hospitals, and more.

Infrastructure and sanitation examinations: Drones can help examine water systems, sewerage, etc. in order to detect flaws that might exacerbate the epidemiological disaster and cause further contamination.

Focused neutralization of the pandemic’s causes: The factors that led to the current pandemic are under examination. There are several hypotheses. For certain, the source is a certain animal. In such cases, drones can be recruited for checking this assumption, helping to catch the animal and bring it to the lab for tests. In case a certain animal is identified as the source, it can be exterminated in a focused way. It is also possible to detect this animal’s herds, track and neutralize them. Sometimes a virus is spread via mosquitoes (as in the case of the Zika virus), then, too, they can be caught and collected by drones and brought to the lab for tests.

Air quality monitoring: Sensors mounted on drones can monitor the air quality at epidemic regions and even monitor the required levels of environmental treatment spraying.

Citizens instruction: Drones can showcase videos, images and presentations and instruct specific populations as to the required behavior.

Heavy regulation has been hampering the drone market, and Prof. Ashkenazi evaluates that the market will continue to be affected by massive regulation, however, this is an everyday regulation. The minute a disaster occurs, everything changes. “An emergency is declared, and all the rules of the game are changing swiftly, towards achieving the following major goals: saving lives, preventing suffering, and increasing community resilience. This is the reason why it is probable that in any major disaster, the state would allow the extensive use of drones. The main problem is the lack of enough experts in the world who could find the required features of the disaster response drones.”