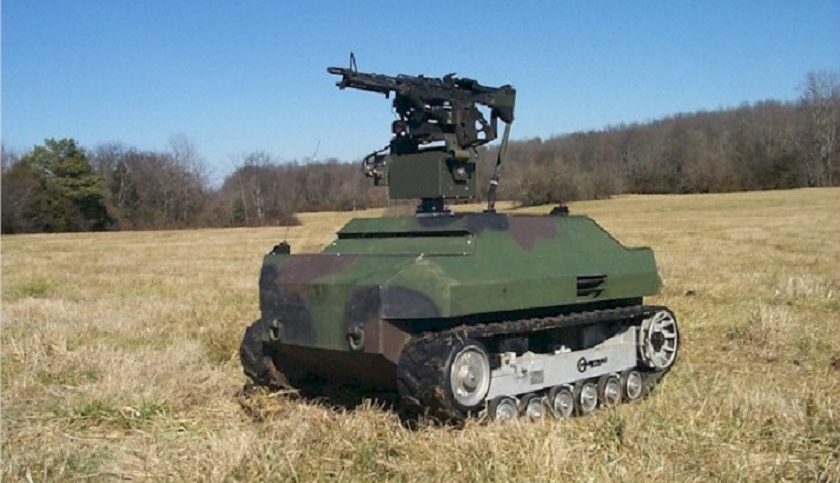 New unmanned ground vehicles (UGVs) demonstrated their capabilities during the British Army Warfighting Experiment 2018 (AWE18) — Autonomous Warrior (Land). The main goal of the experiment was to determine how new unmanned technologies can enhance soldier’s survivability and effectiveness on the modern battlefield.

The four new vehicles were developed by Milrem Robotics and QinetiQ Milrem Robotics. The UGVs were tested in different operational facets and mission environments (urban, open, and forested).

The Titan UGV series can carry a wide variety of payloads and accessories for CBRN, route clearance etc.

Titan Strike was one of the four UGVs on trial during this large-scale exercise. Titan is a large modular, hybrid, unmanned ground vehicle that provides soldier safety and support for small military dismounted operations. Titan features a multi-mission, reconfigurable platform that increases unit effectiveness while increasing soldier safety. Unlike existing UGVs, Titan is a highly modular platform that allows different superstructures to be mounted and integrated onto the middle vehicular platform for complex missions such as rescue, transport and reconnaissance. The flexibility and versatile nature of the system not only increases efficiency, it also significantly reduces lifecycle costs and soldier workload, according to qinetiq-na.com.

Titan Sentry was another unit that utilized QinetiQ’s Pointer system, and included a sensor suite that comprised of battlefield radar, as well as electro-optical and thermal imaging cameras, as reported by ecnmag.com.

Milrem Robotics also tested a fielded system that’s built as a casualty excavation and logistical support unit. Another unit put to the test was equipped with a Threod Systems’ tethered multi-rotor drone pod.